The Clemenceau Heritage Museum opened in November 1991, occupying former classrooms of the Clemenceau School. It was (and is) a labor of love and dedication on the part of the Verde Historical Society, whose members put in countless volunteer hours to make the museum a reality, and who continue to staff and maintain it, ensuring the continued preservation of the history of the Verde Valley.

The town of Clemenceau was originally named Verde. It was founded in 1917 by James Douglas as a company town to house workers for his nearby United Verde Extension (UVX) copper smelter. Since other towns by the same name already existed in Arizona, the post office requested the name be changed. It was renamed Clemenceau after French Premier, Georges Clemenceau, a good friend of Douglas.

In addition to houses for the workers, the town offered a company store, clubhouse with tennis courts, bank, boarding house, drugstore, gazebo, and a fine school, which also served children of nearby Cottonwood.

UVX’s copper mining declined in the 1930’s. By the end of 1937, the smelter closed, and the town began losing its businesses and most of its population. When Cottonwood incorporated in 1960, Clemenceau and the Clemenceau Airport were annexed, becoming part of the City of Cottonwood.

With the exception of the school, the bank/post office and a few of the support buildings for the smelter, nothing remains of the original town of Clemenceau.

The beautiful Clarkdale Lodge, built in 1912, is one of the Verde Valley’s most historical buildings. This great historical hotel was once the single men’s lodging during the mining town’s boom. 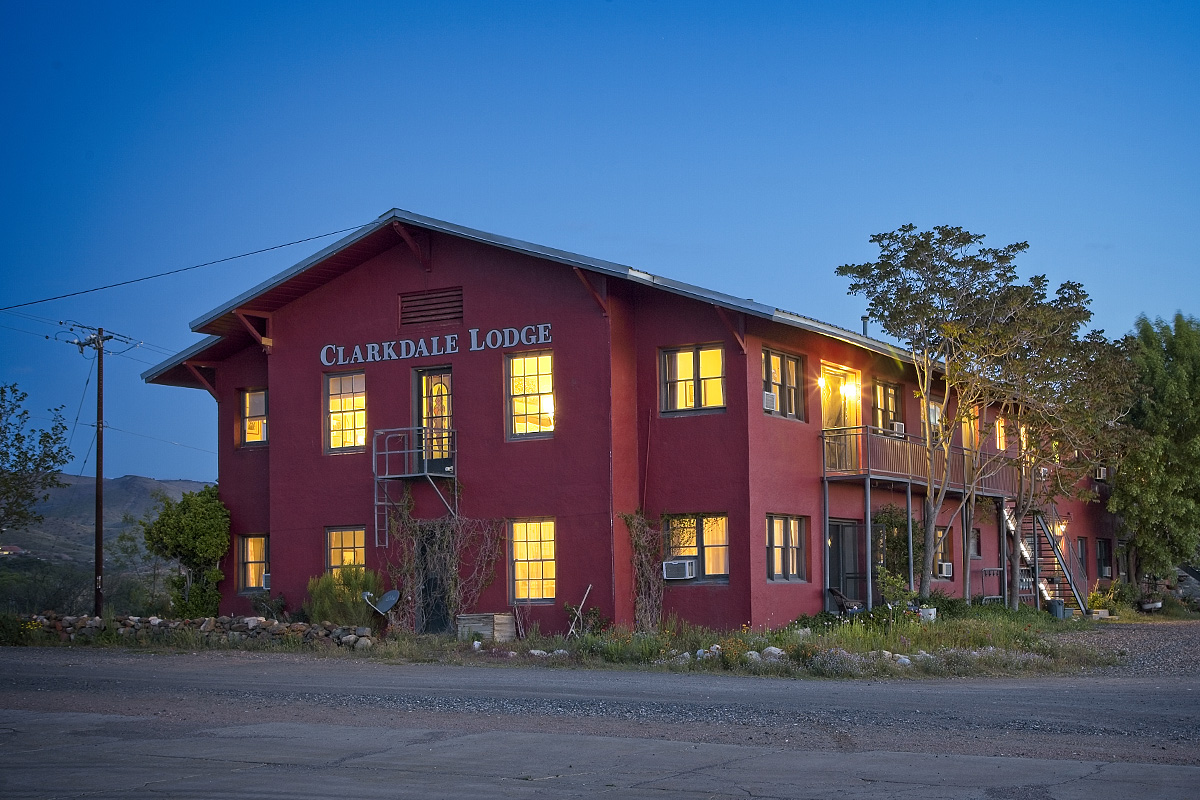